Queensbury Middle School sixth grader Chesyca Darrah fiddled with a LEGO piece as she tried to spell out the words #BuildToGive. 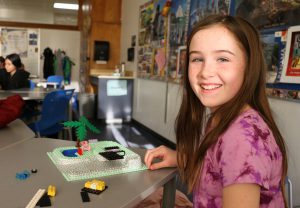 Chesyca and the rest of the members of Best Buddies were on a mission after school Thursday, Dec. 8, to put a new set of LEGO bricks in the hands of kids in need.

“I wanted to help out the community,” said Chesyca, who admitted she doesn’t often play with the tiny toys.

Best Buddies is an international organization that promotes inclusion and one-on-one friendships. For a second year, the Best Buddies are making LEGO creations, which they will post on social media under the hashtag #BuildToGive. 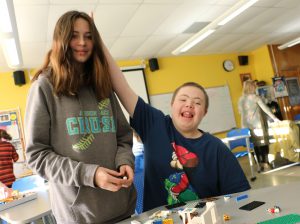 For every creation that is shared on social media under that hashtag, LEGO will donate a set to a child in need, explained QMS teacher Amanda Breheny. 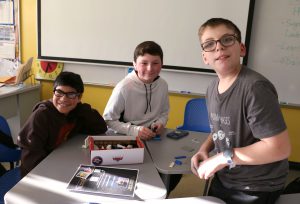