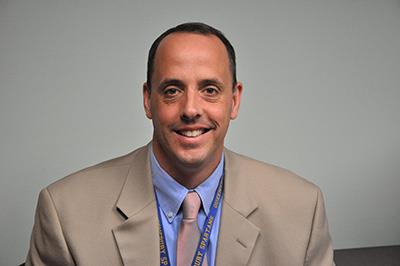 The Queensbury Union Free School District Board of Education appointed Kyle Gannon the next Superintendent of Schools at its Dec. 9 Board meeting. Mr. Gannon currently serves the district as its Assistant Superintendent for Instruction.

Board of Education President, Jill Borgos, stated, “The Board is excited to appoint Kyle Gannon as our next Superintendent. Beginning in July of 2019 the Board embarked on a thorough and thoughtful search process. During the process the Board sought input and feedback from a number of different stakeholders within the district and the Queensbury community at large. After careful review and deliberation, it became clear that Mr. Gannon was the best candidate. His strong background and leadership experiences throughout his career as both a teacher and an administrator demonstrated his ability to support all students and the mission of Queensbury School District.”

The Board is offering Gannon a contract with an initial salary of $180,000. He is expected to begin his duties on February 1, 2020.

“Mr. Gannon’s passion and dedication to the children and community of Queensbury are unparalleled. His knowledge of effective programming, evidence-based educational practices, community and regional engagement, budgeting efficiency and district operations are strengths that will enable a smooth and seamless transition,” said Borgos.

Mr. Gannon’s administrative career started in Queensbury as the principal of the William H. Barton Intermediate School in 2006. After eight years he moved on to serve as the elementary school principal until 2016 when he was promoted to the assistant superintendent for instruction. Prior to becoming an administrator, his teaching career began at Queensbury in 1996 where Mr. Gannon served as a second, third and sixth grade teacher, as well as the English department chairperson.

“I am honored that the Board of Education has chosen me as the next superintendent of the Queensbury Union Free School District,” said Mr. Gannon. “I am excited to continue and build upon the important work that is happening across the district. I look forward to working with the Board of Education, district staff and families to continue to enhance educational opportunities for all Queensbury students.”

Gannon earned his Associate in Applied Science majoring in Early Childhood Education from SUNY Cobleskill in May of 1993. He continued his education at The College of Saint Rose earning a Bachelor of Science in Elementary Education concentrating on Social Science in 1995, and a Master of Science in Educational Psychology in 1997. He was also awarded a graduate assistantship at that time. He holds the School District Administrator Certification and has completed the NYS Superintendent Development Program.

“I have been a teacher, coach, building and district administrator,” said Mr. Gannon. “Those experiences, coupled with my passion for educating all students, have prepared me for this new and exciting opportunity.”

WSWHE BOCES District Superintendent James Dexter, who coordinated the search on behalf of the district, said: “The Queensbury Union Free Board of Education search process contained a good mix of rigor and community involvement. Everyone involved kept the best interests of the students in mind and found the candidate who best fits their ideals. The Board, school, and community put considerable time and effort into the search process and I would like to thank all of the individuals who participated in the selection process, including the advisory committees.”

Gannon will succeed Dr. Douglas W. Huntley who served as superintendent of schools since 2008 and announced his retirement in July. Mr. Gannon’s interests include coaching youth girls’ lacrosse, skiing and spending time with his wife Janeen and three children, Kellen, Molly and Katie.