Thirteen students were named Student of the Quarter for the first quarter at Queensbury High School during a breakfast ceremony Thursday, Dec. 1. Teachers recognized students for their performance in class — stressing the importance of character as well as academic achievement. 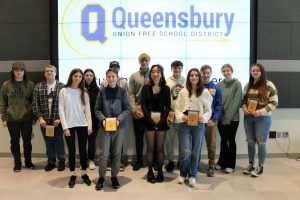 “We’re awarding students based on who they are as a person, not just their grades,” said Queensbury High School Principal Andrew Snide. “And that’s something special.” 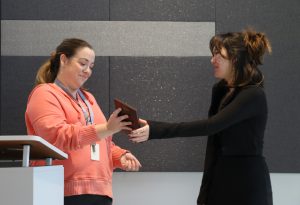 “Those are traits as a parent that we hope our kids display. Those are things that when we’re at home and we’re trying to raise them and raise you,” Gannon said to the students, “we hope when our backs are turned, you’re always doing the right thing and you’ve displayed that.”

Gannon noted that he often gets choked up during Student of the Quarter ceremonies.

“This is the cream of the crop,” he said. “These are our students that are sitting at the very tippity top in the building.” 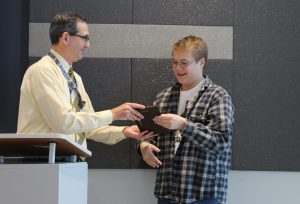 He praised the parents in the room for raising good people and encouraged the students to thank their parents for raising them well.

“The sky’s the limit for the students that are in this room,” Gannon said. “We’re going to hear stories about you.”