Beverly L. Ouderkirk was appointed to the New York State Board of Regents on March 10, 2015 for a five-year term effective April 1, 2015. She proudly represented the students, educators, parents, and communities within the eleven counties comprising the major geographic portion of the North Country. Regent Ouderkirk brought to her appointment over fifty years of experience in public education in New York State.

“We are very sad to hear about the passing of Regent Beverly Ouderkirk. She truly cared about all school districts. She just visited Queensbury Union Free School District in October when she was in attendance for Education Commissioner Rosa’s visit. She was an inspiration to all educators,” says Queensbury superintendent Kyle L. Gannon.

Regent Ouderkirk’s continuing goal was to make a difference in public education for children. Armed with a humanistic spirit and imbued with a sense of compassion, Regent Beverly L. Ouderkirk leaves behind a legacy which will long endure the passage of time and will remain as a comforting memory to all who were privileged to have known and met such an amazing woman.

Below is Regent Beverly Ouderkirk with a group of QHS students in October 2021. 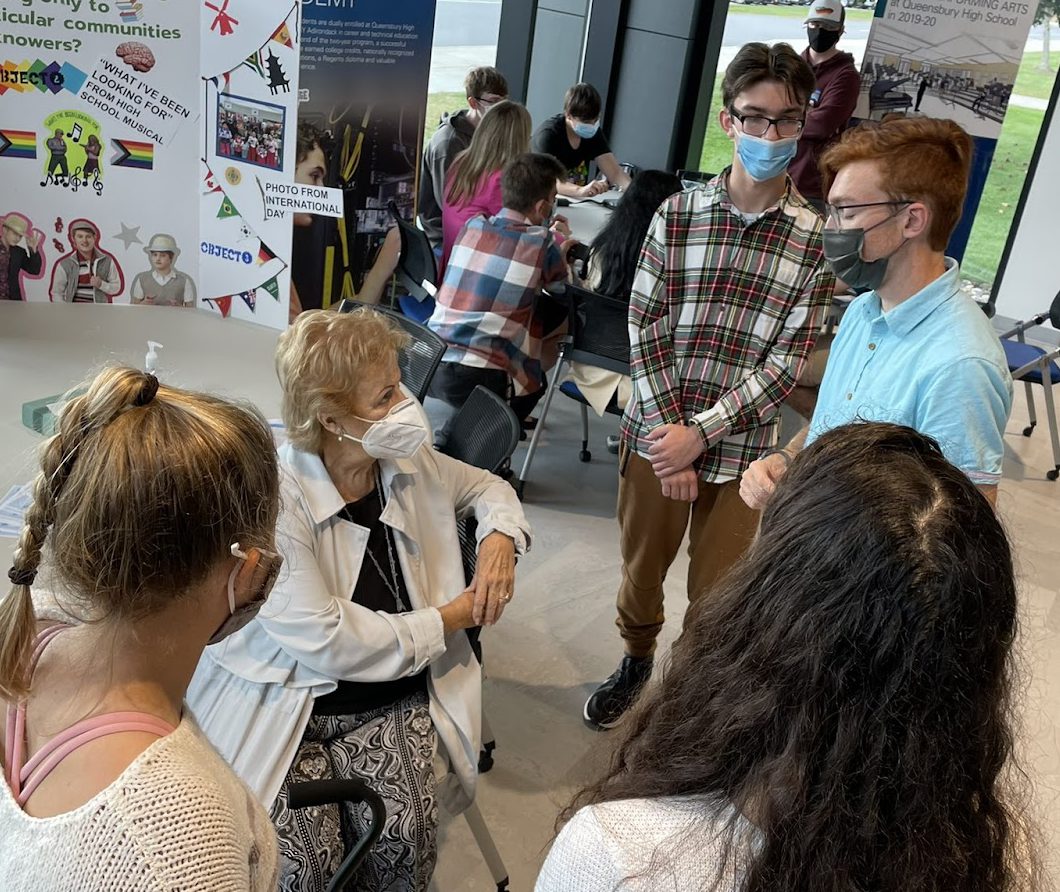