Queensbury Union Free School District is excited to announce the creation of a new Athletics Hall of Fame, which will recognize and honor athletes, coaches, teams, administrators, staff and community members who have made significant contributions to the district’s athletics program. 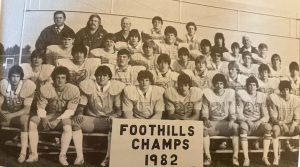 To be considered for the inaugural class, nominees must have graduated from Queensbury in 2000 or earlier, and/or participated in athletics at QUFSD during the 20th century.

“It’s an opportunity to appreciate and recognize the success of our athletes of the past and introduce their accomplishments to a new generation of Queensbury athletes,” said Richard Keys, the director of Health, PE and Athletics, who noted that many Queensbury athletes have attained the dream of playing at the highest collegiate and professional levels.

The district’s sports information analyst Tim Jones has been compiling detailed statistics and significant data to eventually publish on the district’s website.

“Researching the history of Queensbury athletics revealed so many wonderful stories in addition to the outstanding numbers and statistics,” Jones said. “There are a lot of people that, through no fault of anybody, seem to be unaware of this rich, deep history that could motivate today’s and the future student athletes to reach higher for their goals.” 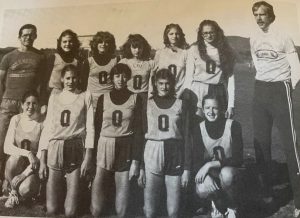 The Hall of Fame will celebrate Queensbury athletes from the past, honoring their contributions in a more formal way, Jones added.

The Athletics Hall of Fame committee will be accepting nominations through April 1, 2023. Inductees will be notified in mid-June, and a ceremony will be held in October.

“We are very excited to be able to have our first ever Hall of Fame event,” said Superintendent Kyle Gannon. “This will acknowledge the athletes that are so deserving for committing themselves to the Queensbury school district.”

For more detailed information or to nominate an athlete for the Hall of Fame, go to the district’s website at https://www.queensburyschool.org/athletics-hall-of-fame/.